Episcopal Church of the Incarnation

History of the Episcopal Church 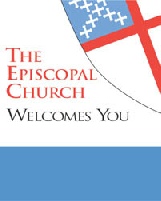 The Episcopal Church was formally organized in 1783 when representatives of the Church of England in the United States of America met in Maryland and organized the Protestant Episcopal Church in the United States. A year later Samuel Seabury traveled to Scotland be ordained the first Episcopal bishop by three Church of Scotland bishops. In 1785 the church's first General Convention, consisting of a House of Deputies, met in Philadelphia. The General Convention became a bicameral body in 1789 when the House of Bishops was formed. The first American Book of Common Prayer, modeled on the Church of England prayer book, was adopted by General Convention in 1790. The church's corporate organization, The Domestic and Foreign Missionary Society, was founded in 1820.